Remember that fridge and freezer cleanout I was talking about? Turns out there were even more mediocre pears left (I guess that’s the downside of Costco, when it’s bad, it’s really bad) so I was thinking I’d try to repeat the success of that lower sugar pear crisp, but then I found a pint of blueberries that were just on the edge of their useful life. Never one to waste fruit (tasty or otherwise) I embarked on a mission to create a Pear-Blueberry Crisp. 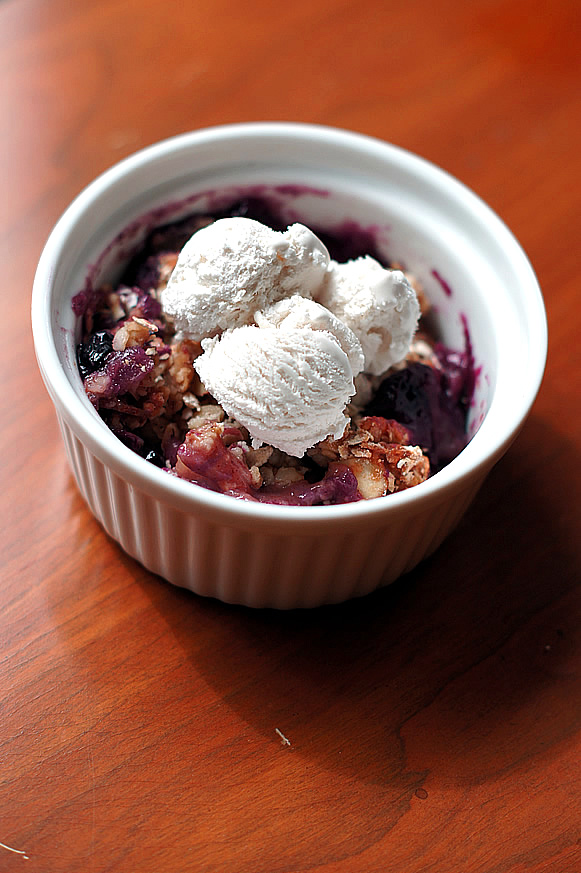 As usual, I’ve made some minor tweaks to give this a smidge of nutritional appeal as compared to a traditional recipe. I’ve been feeling like I’ve been overdoing it on sugar lately, so I decided to use honey in both the filling and the streusel, and, of course, used all whole wheat flour.

Truth be told, my husband much preferred the straight pear crisp, probably because while the filling was sugarless, I went full sugar in the crumb; I think I prefer this one because the honey gives the filling a better texture, and the ginger plays off of the pears nicely.

This is pretty foolproof, and you could easily sub in other fruit – apples would work well, as would peaches – and same goes for the berries.

Speaking of apples, it has been so chilly here in Minneapolis the last few days! We went from record highs to hoodie weather in just a matter of days, and while it’s bittersweet to see summer come to a close, I’m really getting in the mood for apples, and pumpkin spice everything! 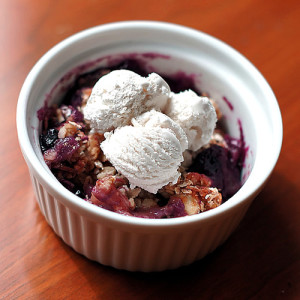